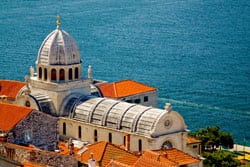 The Region is located in the northern Dalmatian area where the river Krka flows from the Dinara to the Adriatic Sea, as well as from Pirovac to Rogoznica and makes up a unique political-economical and geographical trading region. The coastal area is distinguished by the indented coast of the shore and the picturesque archipelago consisting of 242 islands, islets and reefs, of which only 6 are populated (Murter, Kaprije, Žirije, Prvić, Zlarin (the island of corals) and Krapanj (the island of sponges). The most popular group of islands is the Kornati, which is located in the south-western part of the county, consisting of 148 islands, islets and cliffs, which because of its natural splendour, cultural-historical inheritance and its unique beauty was pronounced a national park in 1980.

Welcome to Istria – where Central Europe meets the Mediterranean. 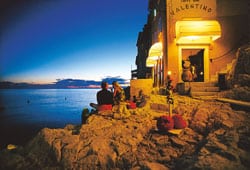 This gorgeous heart-shaped promontory is the largest peninsula of the Adriatic Sea. Located between the Gulf of Trieste and the Bay of Kvarner, the Istria Peninsula is shared by Croatia, Slovenia and Italy – but almost 90% of its landmass comes within Croatia’s border. 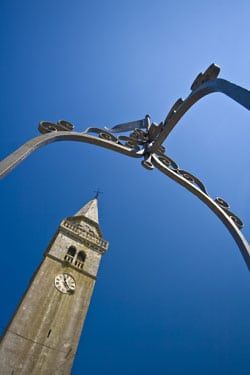 Croatia has been on our radar for many year and its seems 2012 is the year they go platinum, amazing beaches, great architecture and a coast line to die for, we give you the heads up on where to go and what to see.

While Britain’s Prime Minister was stage-managing his way towards the bosom of his own political party in Brussels, one nation had inclusion firmly on its mind. As Prime Minister Cameron dashed for the exit, Croatia clinched an agreement to become the 28th member of the European Union. It was symbol of hope against the spectre of protectionism, and proof that optimism for confluence hadn’t been snuffed out just yet.

Of course, Croatia’s final ascension is still 18 months away, but back home the feeling of optimism is palpable. 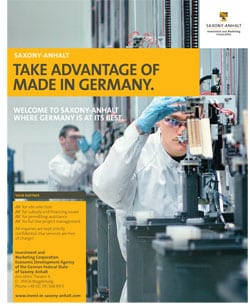 Advanced formula: with an annual turnover of 7.5 billion euros and more than 15.000 employees, the chemical industry is a driving force in Saxony-Anhalt.

The development of the German federal state is remarkable: Saxony-Anhalt is the centre of the German chemical industry and its progression is above national average – despite the European financial turmoil and economic crisis. With 5.5 billion euros, the turnover of the first nine months of 2011 was about one quarter higher than in the previous year. With a growth of 16% to 15.400 employees in the industry, the number of employees rose superiorly as well. The employers’ association ‘Nordostchemie’ estimates the total annual turnover of the chemical industry in Saxony-Anhalt to be 7.5 billion euros. Thus, the chemical industry reaches a turnover increase of about 30% and therefore distinguishes itself as the industry with the highest turnover growth.

The German federal State Saxony-Anhalt is located in the centre of Europe with excellent access to the emerging East European markets and to the well developed markets in Western Europe. Saxony-Anhalt is one of the world’s most modern and competitive locations and has evolved into one of the top locations for business in Europe. Its tradition of chemical and plastics industry is not the only point in favour. Italy’s Manuli Stretch, Europe’s largest manufacturer of stretch film, expanded its facility in the Dow Value Park in Schkopau recently. CEO Massimo Moroni credited the investment to “good experiences with the local employees” and being able to “find specialist companies in the surrounding region who can quickly meet our high expectations.” Other global players such as Dow Chemical, Total Raffinerie Mitteldeutschland, Bayer Bitterfeld, Domo, Linde or Hi-Bis are located there as well.

The state and its entrepreneurs especially benefit from five chemical parks. The industry obtains its support from a many-layered research landscape, including two universities, eight universities of applied science and twelve research institutes, as well as networks and cluster initiatives. Universities and external research establishments get the transfer of innovation started, along with the development of new products and procedures. The network of Central German chemical locations, the Central European Chemical Network (CeChemNet), promotes the development of new industrial sectors, as well as the concept of industrial parks.

Chemical Parks in Saxony-Anhalt: Both Birthplace and Pioneer

The chemical parks in Central Germany are pioneers in the global reorganization process of the chemical industry. After the German reunification, more than 17 billion euros have been invested in the restructuring and modernization of infrastructure and production plants at Saxony-Anhalt’s large chemical sites in Leuna, Bitterfeld Wolfen, Schkopau and Zeitz as well as in Böhlen (Saxony) and in Schwarzheide (Brandenburg). Chemical parks belong to the most important generators for the regional economic development today.

Excellent supply and removal conditions and functioning composites in the region’s chemical parks give the area’s locations numerous advantages: Through modern pipelines, various raw materials are transported and made readily available. Companies benefit from the merits of closed material cycles and synergies. Safety and environmental protection are on par with state-of-the-art technology.

Saxony-Anhalt – We Grow Chemistry in Parks

Many companies are still relying on traditional trade relations between the region and states in Central and Eastern Europe – if nothing else, due to its centrality in Europe. The industrial sector is on the up. The acceptance is still higher than elsewhere – an advantage for domiciled companies. They also benefit from highly qualified and skilled staff. In order to ensure this continues in the future, there is extensive cooperation between companies, and schools, technical colleges and universities. The success is evident in the high number of apprenticeships.

The drivers of this successful development are established network structures that are substantially supported by the state government of Saxony-Anhalt. In this way the network of the Central German Chemistry Locations CeChemNet and the Chemistry/Plastics Cluster of Central Germany combine the interests of powerful big industry as well as the innovative small and medium-sized companies. Innovations are increasingly becoming a determining factor – illustrated by the considerable promotion of the construction and expansion of research infrastructure by the Saxony-Anhalt state government.

Incentives for investors – your advantages in Saxony-Anhalt 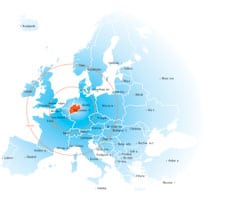 Germany – Europe’s leading economic nation – remains one of the most important markets for sales and investment. Around 82 million consumers live here, with a combined purchasing power of 1,558.1 billion euros. Germany accounts for 20 percent of Europe’s total economic output – more than any other European nation. Such a market environment offers most suitable investment opportunities for business development. The state of North Rhine-Westphalia (NRW) provides an excellent platform for unlocking this potential.