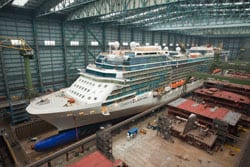 1.) Niedersachsen is a federal state that has the potential to be an excellent location for companies and investors from all over the world in many different industries. What are the main industries that you have?
Many companies and industrial regions with an international reputation are situated in Niedersachsen, whether we’re talking about fantastic cruise ships, advanced developments in the automotive industry or renewable energy looking to the future. 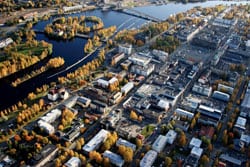 The Joensuu region provides excellent opportunities to fulfill the dreams of the modern age. In the Joensuu region, the closeness of the natural world is combined with a wide range of services. Excellent connections and service networks make North Karelia a convenient place to live, work, and pursue various interests. With its beautiful and clean environment and comprehensive services, the region is a natural choice for people who want to get more out of their lives.

Finland – Out of the Woods 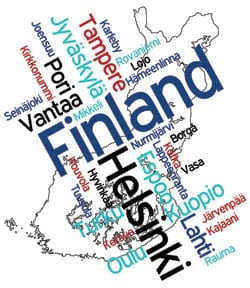 It’s good to know Finland’s economy grew at an astonishing rate in the first three months of this year, increasing at an annual rate of 5.5% on the back of inward investment.

Finland weathered the global downturn well; that’s the opinion of the nation’s central bank governor, Erkki Liikanen. Talking to the New York Times recently, he had this to say:

Ukraine; You Saw; You Invested…

Is it time to start looking to emerging markets once more?  Judging by official stats recently released in Ukraine it is.  Investment is flowing into the Ukraine faster than the mighty Dnieper river flows into the Black Sea.

According to a new report from the nation’s State Statistics Committee, foreign investors poured nearly a billion dollars ($ 925.7 million) into the Ukrainian economy, which is a whopping 29.1% more than in January-March last year.  According to Goskomstat, EU based investors provided the bulk of investment.

Paris loves to show off and with the newly re-opened Royal Monceau there’s no need to share the limelight.

Located in the heart of the 8th arrondissement, famous for its haute couture fashion houses and multinational businesses the building is a short walk from the Champs Elysées, Arc de Triomphe and the Parc Monceau. This grand salon first opened in 1928 and immediately became a destination for artists, intellectuals and celebrities including Ernest Hemingway, General Eisenhower and Ho Chi Minh. Originally designed by Louis Duhayon the hotel closed for renovations In 2008 and over the following two years underwent a magnificent transformation, overseen by the doyen of French chic, Phillip Stark. Reminiscent of its heritage Stark delicately wove period detail into the interiors and public spaces giving the building a lux-chic persona with a warm heart.