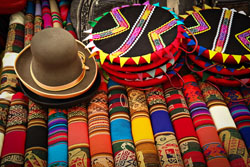 It is scenically stunning, has adrenaline pumping adventure and oozes culture from every corner, Peru most certainly has something to offer for everyone. With a population of nearly 30 million the Peruvians have nurtured a wonderful country. Its beautiful landscape, history soaked civilization and abundance of opportunities for exploration is what makes this country a leading choice for tourism in South America. I’m going to show you the top spots to visit for every type of tourist. Peru is an ideal location for incentive tours also as it genuinely has something to offer for everyone. Whether you’re out for the sites or ready for some action here’s how to do, Peru.

Event Management – Get the Best 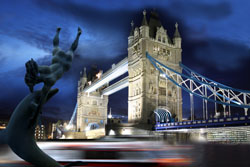 What makes a business meeting, program or event memorable? The location? The company? The atmosphere? The food? The décor? The service? Destination management takes the stresses out of organising an important business meeting, a team building workshop, or a product launch, giving you the time to enjoy the event.

The Eurail Group G.I.E. manages and markets two popular brands on behalf of its member railways and shipping companies: Eurail (for the non-European market) and InterRail (for the European market). Their extensive product range is as wide-ranging as the people they attract to sample the wonders of the European railway network: backpackers, families, business travellers, students, senior citizens and more.

Eurail Passes were created in 1959 when the post-Word War II mass tourism market was in its infancy. As more and more overseas visitors flocked to the continent, Europe’s railway companies saw an opportunity to expand their markets. By offering foreigners a single rail pass that would allow access to the expanding European rail network, they successfully simplified rail travel; eliminating the language barrier and the need to purchase separate tickets for each leg of the journey.

Ahead of this year’s summer break and conscious of everyone’s desire to spend wisely we took a look at some of Eastern Europe’s top destinations. Although immensely popular within their own region Czech Republic, Slovenia, Croatia, Romania and Bulgaria may not be the first choice for many western Europeans. With a little bit of investigation we show you how you can find an unspoilt holiday destination where you won’t meet your neighbours

Getting to this side of Europe is now much easier due to several low cost airlines and the improved networking of European-wide rail passes. From the UK to Prague travellers can either take the afternoon Eurostar from London to Brussels and a connecting high-speed train to Cologne, then the excellent ‘Phoenix’ City Night Line sleeper to Prague. Conversely take the Eurostar from London to Paris, the overnight sleeper to Berlin, then a scenic EuroCity journey from Berlin to Prague. Using Prague as your base you can easily utilise excellent local road and rail services to work your way down through Slovenia and out to Croatian’s spectacular Dalmatian Coast.