Invest in the heart of South Africa, The Free State Province

The main driver of next year’s 6.1% growth in Sub-Saharan Africa, the IMF says, is expected to be the strengthening of activity in South Africa and other middle-income countries, predicated on improvements in the external environment, such as stability in the Euro zone. 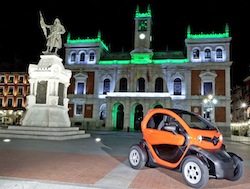 Valladolid is a smart city fully prepared to be dynamic and competitive. The philosophy "smart city" allows cities to face challenges with expectations for improvement. This involves synergy of all public agents and private citizens who, in turn, interact with the infrastructure, information technology and communication, as well as the operating and urban management systems. Our city represents an efficient tool and an opportunity to search for the excellence that enables innovation and generates economic activity, which in turn should lead to economic growth and social development.

Lebanon, a country that geographically unites Europe, Asia and Africa, is a lively, international business hub with a globally renowned reputation. As one of the most stable Arab countries, with an unwavering commitment to ensure that the private sector drives the economy, ‘the Switzerland of the Middle East’, offers access to other continents, numerous countries, and millions of customers.

Power of the Wind

Emden has been at the forefront of renewable energy for many years we talk with the Mayor of Emden Mr. Bernd Bornemann on what its future may hold.

Mr. Bornemann, why would a company from the wind energy sector decide to settle down in Emden? 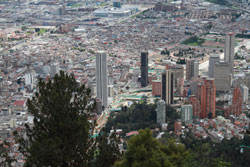 Investors are continually searching around the world for the best locations in which to do business. One city, which in the past may have been overlooked by investors due to security concerns, has today become a very interesting destination. Bogotá is the capital and largest city of a country that has put in place regulations that favor the creation of businesses. This new environment has led to a five-fold increase in foreign investment between 2002 and 2010, and the country is also experiencing an oil boom.