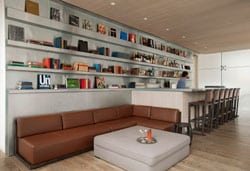 NEW YORK – The most architecturally significant hotel to rise downtown in recent years, The Cooper Square Hotel is at once a pioneer and a sign of a changing neighborhood. 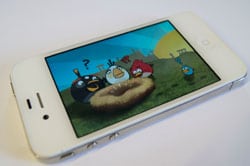 When a lowly iPhone game called Angry Birds was released at the back end of 2009, nobody batted an eyelid. There was no fanfare, no multi-platform blanket advertising; nothing. It crept quietly onto the app market and it went straight to number one in Finland. But gradually news of this charismatic game spread across the globe.

Luxembourg based company Skype, founded in 2003 by Niklas Zennström from Sweden and Janus Friis from Denmark, was valued earlier this year by Microsoft at $8.5bn. With close to 700 million users, the world’s leading peer to peer communications company has set countless new standards in innovation and technological development.
To create its new flag ship Stockholm offices Skype has joined forces with leading Swedish architects PS Arkitektur and has revolutionized design standards for the working environment.

Sweden – How Clean Is Your Economy?

There is a central tenet to the school of thought on the traditional approach to green business initiatives; namely, that creating wealth and jobs and saving the environment are mutually exclusive pursuits.  Sweden has proved that there is in fact another way – and skimming over the statistics, there’s plenty of evidence to suggest that their approach may well be right…

With a population of just over 9m, Sweden is proof that you can actually have both – responsible and sustainable growth.  It’s a concept that rarely rises above the rhetoric in Britain, but in Sweden it’s a reality.

Gothenburg – View From the Top

With nine exhibition halls and 50 meeting rooms under the same roof, the Swedish Exhibition & Congress Centre in Gothenburg already ranks as one Northern Europe’s finest MICE venues. But the big news is, the complex will soon have the largest fully integrated hotel – Gothia Towers, exhibition and conference facility in Europe.

Plans are in place to add a third, even taller tower to Hotel Gothia Towers and extend the hotel’s original East Tower. The new tower and the extension, which is slated to be ready in the second half of 2014, will increase the number of rooms by more than 500 to a total of 1,200.